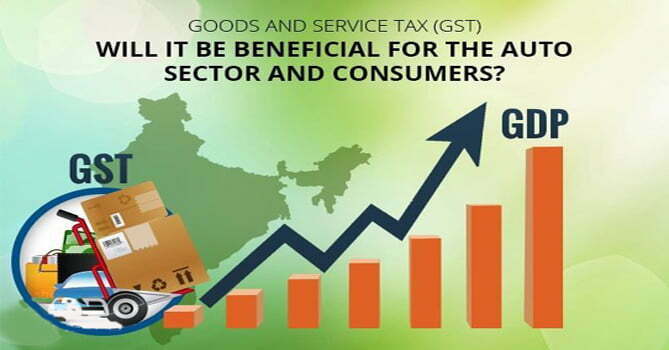 Goods and Services Tax (GST) is an indirect tax (or consumption tax) used in India on the supply of goods and services. It is a comprehensive, multistage, destination-based tax: comprehensive because it has subsumed almost all the indirect taxes except a few state taxes. Multi-staged as it is, the GST is imposed at every step in the production process but is meant to be refunded to all parties in the various stages of production other than the final consumer and as a destination-based tax, it is collected from point of consumption and not point of origin like previous taxes.

Goods and services are divided into five different tax slabs for collection of tax – 0%, 5%, 12%, 18% and 28%. However, petroleum products, alcoholic drinks, and electricity are not taxed under GST and instead are taxed separately by the individual state governments, as per the previous tax system.[citation needed] There is a special rate of 0.25% on rough precious and semi-precious stones and 3% on gold. In addition, a cess of 22% or other rates on top of 28% GST applies on a few items like aerated drinks, luxury cars and tobacco products. Pre-GST, the statutory tax rate for most goods was about 26.5%, Post-GST, most goods are expected to be in the 18% tax range.

The tax came into effect from 1 July 2017 through the implementation of the One Hundred and First Amendment of the Constitution of India by the Indian government. The GST replaced existing multiple taxes levied by the central and state governments.

The tax rates, rules and regulations are governed by the GST Council which consists of the finance ministers of the central government and all the states. The GST is meant to replace a slew of indirect taxes with a federated tax and is therefore expected to reshape the country’s 2.4 trillion dollar economy, but its implementation has received criticism. Positive outcomes of the GST includes the travel time in interstate movement, which dropped by 20%, because of disbanding of interstate check posts.

GST Council is the governing body of GST having 33 members, out of which 2 members are of centre and 31 members are from 28 state and 3 Union territories with legislation. The council contains the following members (a) Union Finance Minister (as chairperson) (b) Union Minister of States in charge of revenue or finance (as a member) (c) the ministers of states in charge of finance or taxation or other ministers as nominated by each states government (as a member). GST Council is an apex member committee to modify, reconcile or to procure any law or regulation based on the context of goods and services tax in India. The council is headed by the union finance minister Nirmala Sitharaman assisted with the finance minister of all the states of India. The GST council is responsible for any revision or enactment of rule or any rate changes of the goods and services in India.

The GSTN software is developed by Infosys Technologies and the Information Technology network that provides the computing resources is maintained by the NIC. “Goods and Services Tax Network” (GSTN) is a nonprofit organisation formed for creating a sophisticated network, accessible to stakeholders, government and taxpayers to access information from a single source (portal). The portal is accessible to the Tax authorities for tracking down every transaction, while taxpayers have the ability to connect for their tax returns.